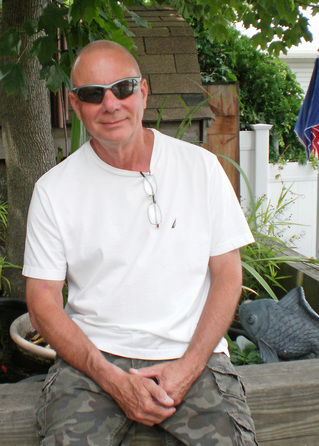 I Ended Up With The Preacher is Richard P. Ragusa's first published novel.

Rich was the first born of first generation Italian Americans residing in the Germantown section of Manhattan. At an early age, Rich and his family moved to Staten Island; which was still very rural at the time. This was before the Verrazano Bridge and the blight of suburban over-development.

Directly after high school Rich was inducted into the US Army infantry and served on the Korean DMZ in the 2nd Infantry Division where he attained the rank of Sergeant E-5. After his separation from service he returned to Staten Island, where he met his future wife, got married and raised a family.

Rich is a retired power plant engineer. He was a bass player in several bands and continues to enjoy playing bass guitar to this day. Rich is also an avid book reader, golfer and surf fisherman. He is a devoted family man who loves to spend time with his children and grandchildren.

Rich and his wife maintain their family home on Staten Island.